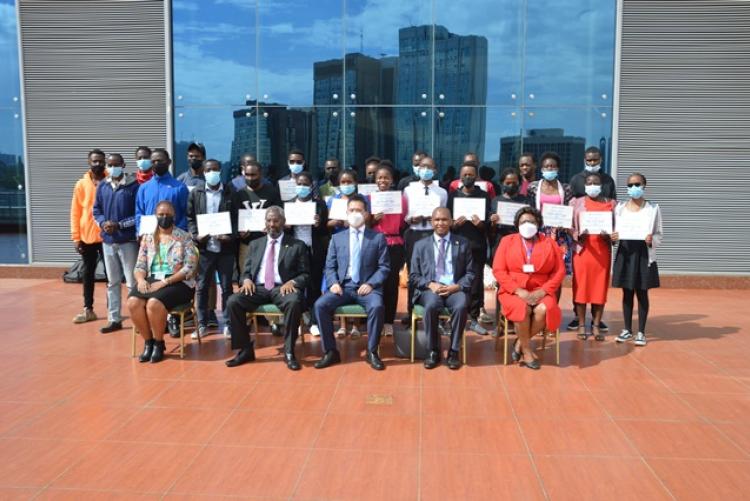 Six social sciences students were among the 24 students that received scholarship from the Chinese Ambassador.

The Chinese Ambassador’s scholarship will enable the students to seamlessly pursue their education.

The Chinese Ambassadors Scholarship Fund was started in 2013 and to date, over 179 needy students from various disciplines have benefited from it. In addition to this, University of Nairobi students have been able to go to China to study language courses in Tianjin Normal University among other institutions in China thanks to the 20 years relations between the Chinese Embassy and the University since the establishment of the Confucius Institute at the Main Campus.

Speaking at the scholarship awarding ceremony, Amb. Zhou Pingjian was delighted that the Chinese Ambassador’s Scholarship was playing a critical role in fostering good relations between China and Kenya.

The Ambassador noted that China was pushing more Chinese scholars and students to pursue their research and education in Kenya and the African continent.

“This award is important to promoting the cooperation and the friendship between the University and the Embassy, between Kenya and China and between Africa and China.”

On his part, Prof.  Stephen Kiama highlighted the positive attributes of the Chinese Ambassador’s Scholarship.

“The Chinese Ambassadors Scholarship Fund which was started in 2013 has benefited over 179 needy students from across faculties and has transformed the lives of very many students including Sarah Onyango who has been rescued from Busia doing security guard work to earn money to pay university school fees. We are indeed grateful to the Embassy.”